Stand Up and Burn Calories!

Did you know that sitting at your desk all day can be just as bad for your health as smoking? According to Harvard Medical School, even if you exercise regularly, a desk job minimizes the health benefits of your workouts.

Compared to sitting, standing burns slightly more calories — about 0.15 calories per minute. But that tiny difference adds up: a person who weighs 143 pounds could burn an extra 54 calories per day by standing instead of sitting for six hours, as researchers report in the Jan. 1, 2018, European Journal of Preventive Cardiology.

Assuming that person kept eating the same number of calories per day, that translates to 5.5 pounds of weight loss after one year. The estimate comes from data pooled from 46 different studies.
A separate study of more than 2,600 people ages 60 and older looked at how sedentary habits affect heart disease risk. Participants reported how long they sat (on one weekday and one weekend day) at the start of the study and again two years later. The follow-up lasted an average of just over nine years. Researchers found that older adults who sat for an average of just under about three hours a day were 33% less likely to die of cardiovascular disease than people who sat for an average of about seven hours a day. The study was published in the March 2018 American Journal of Preventive Medicine.
Health Physical Activity

Popular posts from this blog

Want to do something special for yourself? Get physical!  Exercise is one of the most important things you can do for your health. Physical activity and exercise can have immediate and long-term health benefits. Control your weight, reduce your risk of chronic diseases, boost your mental power, increase your energy, all it takes is a minimum of 30 minutes a day, 5 days per week to enjoy these benefits. You can even add years to your life and  improve your quality of life ! Don't be overwhelmed! Try to be active for at least 10 minutes at a time without breaks.The benefits are yours for the taking!  Here are some ideas to get you started: Biking (Don’t forget the helmet!) Swimming Brisk walking Wheeling yourself in a wheelchair or engaging in activities that will support you such as chair aerobics It is always a good idea to see your doctor before starting your physical activity program.
Read more

Bounce Back from Emotional Exhaustion

Sometimes exhaustion isn't about being physically tired or in need of an emotional pick-me-up. You might experience times when you are just done for a minute. Coping with emotional exhaustion is a combination of recognizing it as natural and looking for specific ways to ease these feelings so you can eventually shift out of them. Increase your self-care. Has your self-care routine been off lately? Lean into it now and practice healthy discipline. Even if you don't think it will help, go through the motions—because it will help! Take your supplements, eat cleaner, do some light exercise. Connect with your body, that sacred container for your soul. Temporarily take some responsibilities off your plate. What would make you feel better right now, and is something simple and actionable? Can you take a mental health day from work and go sit in the park? Ask someone else to watch your toddler for the afternoon and write at your favorite bookstore cafe? Put off a household chor
Read more

Top 10 Ways to Get Heartburn Relief

Making small changes in your diet and lifestyle are the best ways to treat the symptoms that come with gastroesophageal reflux disease (GERD). Here are some tips to prevent those symptoms from getting in your way! Eat small meals. A large meal remains in the stomach for several hours, increasing the chances for GERD. Distribute your food intake over multiple, small meals throughout the day. Relax when you eat. Stress increases the amount of stomach acid produced, so try to avoid eating when you feel stressed out. During your meal times, sit down and relax. Focus on chewing completely and enjoying the meal. Relax between meals. Try deep breathing, meditation, massage, tai chi, or yoga between meals or throughout the day to help with your heartburn. Sit up! For three hours after you eat, you should try to have good posture and remain upright. For example, don’t lay down or stay bent over for elongated periods of time after eating. Ditch the late night munchies. Staying away f
Read more 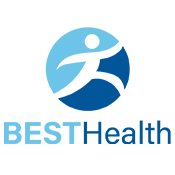